The Friday Work-Out-Loud Roundup: Failure Resumes and the Trauma of Unemployment 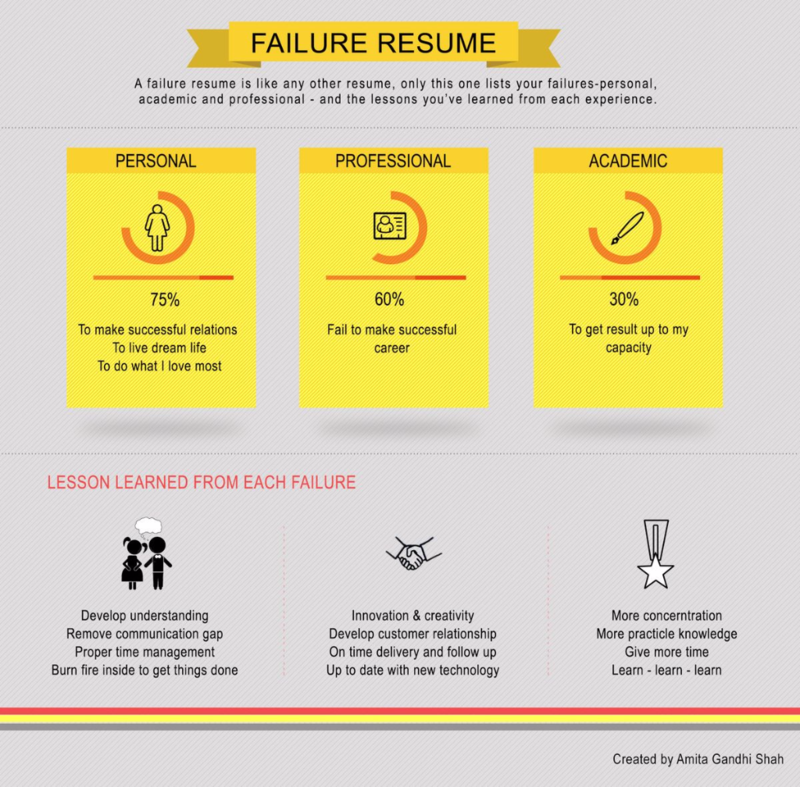 Last Friday's Work-out-Loud Roundup got away from me, but I'm back in the saddle again this week to share what I've been learning . . .

I'm running a 9-month Leadership Academy for a local Chamber of Commerce and yesterday's topic was continuous learning and learning from failures and mistakes.

Inspired by some reading I'd been doing on the idea of a failure resume, including this article and this example, I had participants develop their own failure resumes, writing up what they perceived to be their failures in both their professional and their personal lives and what they learned as a result of their "failures."

Then they paired up to talk about the experience of writing the failure resume and what they learned from themselves in the process.

In our debrief on the experience, a few insights emerged:

Although a few people in the group found it to be a "depressing" exercise, most said that it was cathartic and that it gave them a different perspective on what they'd previously perceived as failures. They also identified some key areas for growth for themselves as a result of going through the process.

If you do this for yourself, I highly encourage you to do it with at least one other person so you can discuss your resumes after the exercise. My group agreed that it was the combination of reflecting on failures and then sharing them with each other that made this so valuable. 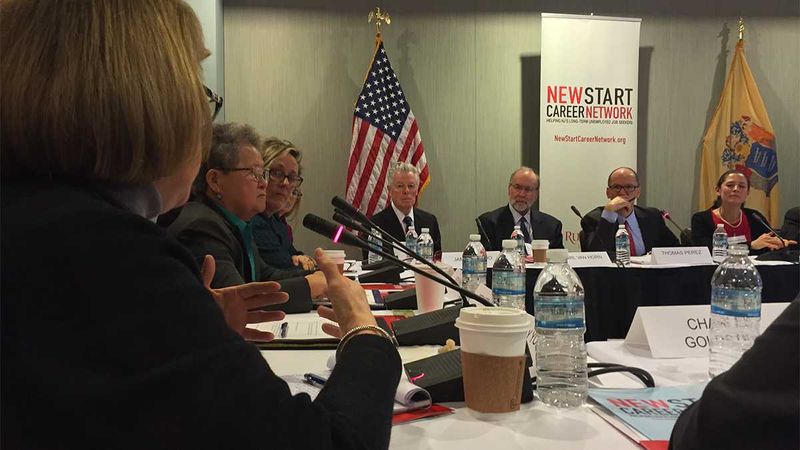 The Trauma of Unemployment

On Tuesday, I had the honor of being part of a Roundtable discussion with the US Secretary of Labor, Tom Perez, convened by the Heldrich Center for Workforce Development at Rutgers University.

The Roundtable was part of the Heldrich Center's New Start Career Network, where I'm working as a volunteer career coach and as the "coach of coaches," supporting the other volunteers. This is a project to support workers over age 45 who have been unemployed for 6 months or more.

We had several job seekers at the Roundtable who shared their experiences of being out of work, teetering on the edge of homelessness, draining their retirement and other savings, and dealing with the loss of identity and self esteem that is a huge part of being unemployed in America.

They used words like "devastating" and "hopeless" to describe their experiences and I was struck once again by the recognition that job loss and being unemployed are forms of trauma that people are having to deal with on a regular basis.

One thing I mentioned in my comments to the Secretary was that we are quick to overwhelm people with advice on what to do to find a new job, but we are NOT generally acknowledging the extent to which people have been traumatized--by their job loss, the period of unemployment that follows and, in many cases, the experience of being in a toxic work environment that often precedes job loss.

Here's a definition of trauma that I've found useful:

By that definition, job loss and unemployment are forms of trauma. Yet most of us are not recognizing this.

Compounding the issue for many people is that they may have experienced other forms of trauma throughout their lives, so that losing their jobs and then being unemployed for a long period of time becomes yet one more trauma they are ill-equipped to deal with.

Then add in the fact that many people are dealing with multiple lay-offs--one participant in the Roundtable has been laid off 7 times in 15 years! Each time, this is a fresh trauma that is added on, often with devastating emotional, cognitive, social and physical impacts.

What I'm finding in my work with people who have lost their jobs is that when we fail to address unemployment as the trauma it is for people, the job search tends to drag on even more because there are unresolved feelings of shame, grief and anger that tend to sabotage the job seeker's best efforts and intentions.

My online course on Recovering from Unemployment has been one of my attempts to address this issue, but the conversation on Tuesday has me thinking about this topic again and what needs to be done to provide people with opportunities to process the emotions around being unemployed.

A big part of this will be restoring a sense of community and belonging. As Brene Brown has pointed out, feelings of shame cause us to isolate ourselves and to feel unworthy of connection, so when we we feel ashamed, we often withdraw. This isolation further feeds our shame and it can create a serious downward spiral.

I'm also drawn to explore some strategies from the art therapy world--how can we use the visual arts, theatre, poetry, writing, etc. to help people make sense of their experiences so they can move on?

I'd love to hear your perspectives on this idea of unemployment as trauma, especially if you've been unemployed or had to deal with multiple lay-offs.

How has this impacted you emotionally, socially, mentally and physically? What have you done to address any of these issues?