The Real Reason You Aren't Making That Career Transition 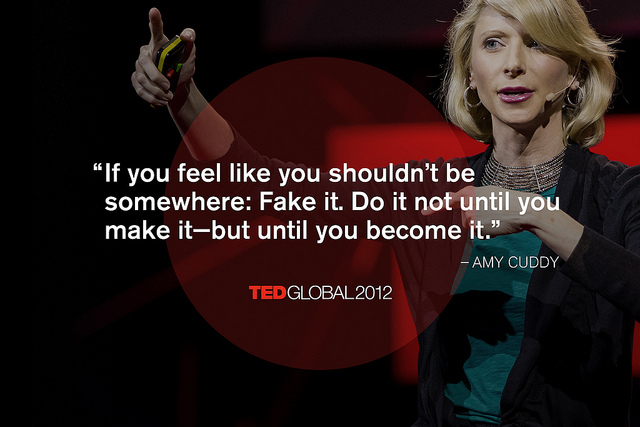 I've been doing a lot of work lately with people who are changing their identity. They are moving from being dutiful employees who followed the rules and did what their employers wanted them to, into self-employment where they are the boss and there are no clear rules or a supervisor to please. This shift is proving more daunting than they--or I--had realized.

I've been providing them with structure and help in setting goals, identifying the right tasks and next steps, providing them with resources to explore and what to me has seemed like a reasonably clear way forward. But each week we meet and less has been done than they had planned.

What I'm coming to realize (again) is the extent to which identity plays a role in our shift from being an employee to being self-employed. It isn't just a matter of DOING things differently. We have to BE different--we are BECOMING someone different.

This article from Raptitude reminds me that it's about the becoming--that when you are making big changes, you have to start seeing yourself as someone else.

Two equally talented, equally motivated friends living in different cities decide on the same day to begin a running regimen. (Apologies for the running theme if it isn’t your thing — substitute anything you like.) A year later, Friend A has become an experienced runner, and Friend B has reverted to couch potato, and is about try to “get on the wagon” again. The difference was only that Friend B began his endeavor when his city was experiencing a brutal cold snap, and therefore much more willpower was required of him than was ever required of Friend A, in order to get to cruising altitude.

Meanwhile, both of them now believe B is just intrinsically lazy, and that A “has what it takes.” Both are unaware that circumstances ultimately made the difference in this case, because they had the same capacity for effort. Friend A goes on to run marathons. Friend B goes on to build a Blu-Ray collection.

The real key to Friend A’s success is that, for whatever reason, he reached a place where he felt like a runner before any additional adversity derailed him. By the time he had his first day of bad weather, he already self-identified as somebody who runs, and so it felt natural for him to go out anyway even though it’s chilly.

We often regard the “baby steps” explanation as being the complete story, because we presume that success is more-or less just a matter of effort. But there’s something more important at play that we often miss, which is the change in self-image that always comes along with a successful change in habit or behavior. In every pursuit, it aids the established people and hinders the novice.

What I've been missing in the work I've been doing with people is this recognition that once you identify as an entrepreneur, you approach everything you do from that place. You SEE yourself differently, identify with different values and actions, so you approach your work in a different way.

I have worked for myself for over 15 years. I have already made this shift in identity and, in fact, could not go back to being an employee easily because I would have to re-envision who I am and what I'm about. But the people I'm working with aren't there yet. They still identify with being an employee in some deep ways. They need help in envisioning themselves differently so that the actions will come more naturally.

This idea of how identity plays into career transition is something  I wrote about a few years ago after reading Herminia Ibarra's Working Identity, which looks at how career transition is largely about a change our self-vision. As the Raptitude article points out, part of what we have to do is start visualizing ourselves as a different person, as though we've already made the shift into that new identity:

We tend to think of these identity changes as being involuntary consequences, or rewards, that come after the behavior change. You did the running, and because of the running and resulting fitness, your self-esteem and relationship to the world changed.

But it’s two-way relationship. This new identity, if you could somehow access it beforehand, would have made the running a hell of a lot easier. It would feel downhill rather than uphill. It would feel like an obvious and inviting thing to do, rather than a solemn self-sacrifice.

Personal development geeks have been exploiting this two-way effect for a long time. You can actually cultivate the new identity before or during your efforts, and this makes the behavior part a completely different experience. It energizes you rather than drains you.

With some basic creative visualization, you can consciously envision living life as the person who has already achieved those goals, and experience the reinforcing effect immediately. If you spend ten or twenty minutes envisioning what your present moment would be like if you already were in the habit of running at dawn every morning — including the consequences to your physique, sense of self-worth and confidence — you’ll find getting the shoes on and getting out the door dramatically easier.

Although I'm looking at all of this in the context of moving from being an employee into being self-employed, this issue of how you see yourself is at play in any career transition you make. You need the "juice" of visualizing yourself as that person you aspire to be to help you take the right actions, especially when those actions don't come naturally or they feel tedious or overwhelming.

Maybe instead of focusing on just the "doing," you have to spend some time visualizing who you want to become first. As you do this, a beautiful virtuous cycle is created where you take different actions that feed your new sense of self and that new identity continues to suggest new actions you can take.