Getting Naked: Learning with a "See-Through" Business Owner 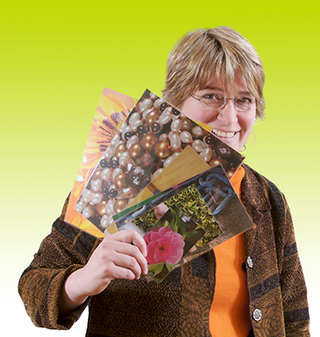 Christine Martell is one of my closest friends. A relationship that began online quickly blossomed into an off-line friendship that endures, despite the fact that we live 3,000 miles away from one another.

Right now she's in the middle of a crisis of confidence about her business, where it's been, where it's going, how it's going to get there. She's like a lot of us, realizing that when the economy tanks, it takes the many of us down with it. We then have a choice--abandon ourselves to the Titanic or figure out how to get ourselves on a lifeboat so we can paddle the hell out of there.

Christine has chosen the latter course and is now embarked on a journey of very publicly analyzing what has gone wrong and how she can fix it. This is an incredibly gutsy move. Most small business people are reluctant to let anyone know they might be struggling. We fear (not without reason) that we will torpedo our future prospects by letting people know that business isn't amazing. Success, so we're told, breeds success and people don't want to latch onto a "loser." Not surprisingly, this makes it difficult for small business people--or any of us, really--to admit when things may not be going as well as we'd like.

Christine, however, has embarked on a different path. Despite her very real concerns about doing so, she is getting naked, letting it all hang out, publicly revealing what's happening with her business and inviting the rest of us to learn from her mistakes. To me, this is the mark of a real entrepreneur in a new economy--someone who embraces change and does so, in part, as a benefit to the larger community.

We gain nothing by stubbornly clinging to what's clearly broken. But we also gain nothing from the isolation we impose on ourselves when we see a need to correct course as a "failure" rather than as an opportunity for learning. Now is the worse time for us to hide in our caves, licking our wounds. This is the time for collective action and learning and Christine is inviting us to join her.  I, for one, am looking forward to the journey.