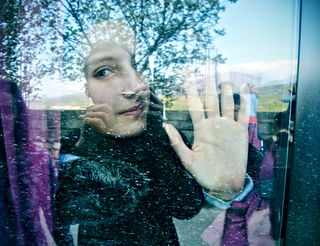 Back in the mid-1990s, I joined this great training listserv called TRDEV. At the time, it was owned by David Passmore at Penn State and it was an excellent source of information, discussion and argument. Eventually David gave up the list and it moved over to Yahoo, where it's been managed by several individuals who have taken on the thankless (and unpaid) task of moderating a group of often cantankerous participants.I've continued to monitor emails from the list, but haven't posted in a few years now.

This afternoon the moderators sent out a notice that they are closing the list, citing a variety of reasons. Not surprisingly, one of those reasons is the rise of social networking, Twitter and blogging as sources of information and conversation.

A couple of years ago I wrote a post wondering which is better for community participation, blogs or listservs.  In it I explored some of my own experiences participating in both blogging and lists and, certainly based on my own activity, it's clear to see that blogging (and now social networking) won. Looks like that's true for many other people too.

I have to say that I feel a little nostalgic about TRDEV's passing. It was my first extended experience with using the Internet for professional development. I "met" a lot of interesting, smart people who were willing to engage in extended conversation on a diverse set of ideas.

Over the years it evolved away from that. It seemed to be dominated by a few outspoken individuals and not a lot of useful discussion. The topics I saw on TRDEV were not the same things we've been discussing in the blogosphere and for me at least, TRDEV began to feel like the country club your parents belonged to and where they were still talking about the good old days. But they didn't serve  food or have a nice pool I could swim in.

While I'll miss TRDEV, I have to agree with the moderators that it's probably time for the list to move on. I guess this is another example of one of those dead ideas?

I think you are mistaken. The trdev list has been run in a way that guarantees that new, younger, more participatory people could never find the list.

How can you attract new people when you run the list in secret, and keep the archives secret so they can't be found in search engines?

Seriously. The trdev owners destroyed the list through stupidity, and still don't get that. These are the same owners that destroyed 13000 messages in the archive.

I agreed with Ariane.

It is not because blog is better than listserv. It is because blog is of INDIVIDUAL interest. As long as the blog ower keeps writing good stuff regularly, readers will follow.

Any 'reading places' such as blogs, library, listserv, you have to have someone to moderate/manage it. For example your own blog. IF you did not write regularly, answering your comments, how long do you think your blog would survive?

Assuming instead of writing for your own blog, you spend time writing and moderating for trdev, what would be the fate of trdev??

I have seen successful blogs die because the owners no longer write due to various reasons, some because of conflicts of interests with their new jobs (one became a knitting magazine editor, quite a few related to book offers etc. etc. ). So these individuals became successful because of their readership, and then they abandon their readers ONCE they are given a PAID offers. Happens all the time. What we see is nothing new if one UNDERSTANDS human nature. Most human works on ME FIRST. So, do not blame old technologies. Old technologies serving its purpose as communication tools just like blogs, Twitter etc. It is the self-interest of human that brings down the place.