I'm Sorry, But This is Taking Twitter TOO Far! 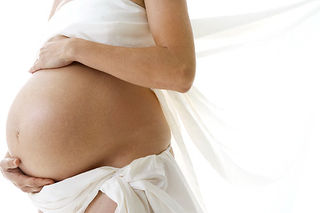 An NYU grad student has invented a device that his pregnant wife can wear to transmit each kick of their unborn child.

For a class project, the second year grad student invented what he dubbed the Kickbee.

The wearable device made of a stretchable band with embedded electronics and sensors isn't exactly a model of comfort.

Small Piezo sensors attached directly to the band transmit small but detectable voltages when they are triggered by movement underneath.

An Arduino Mini micro-controller wirelessly transmits the signals to an accompanying Java application via Bluetooth.

"I have a vibrating device in my pocket at all times," says Menscher. ""Every time the baby kicks, it uploads a message to the server and I get a text message on my phone as well."

He says he chose Twitter because not only is it easy to initiate an SMS message to any mobile phone, but it also acts as a data log.

Future versions of the Kickbee belt could update sites such as Facebook, too, Menscher notes.

Is it me, or is this a little much?

That is SO RIDICULOUS! Are they going to insert a chip into their kid when it's born so it can twitter whenever it poops? Seriously, pull back already. X_x

Over the top--they need to dial it back a notch! But he probably got an A on the project.

I just want to know if he's also going to twitter each "let down reflex" when mum is breastfeeding! Imagine the poor lactation consultant trying to explain how external pressures can inhibit the let down and he just needs to back off! The pressures of modern-day fatherhood. Me thinks he wishes he was a woman!

It gives new meaning to digital intimacy (dildonics). These types of inventions lead to innovation in many areas - including workplace learning (i.e. haptics in education) Haptic Education>/a>

See I think this is cool. Who says you have to use Twitter for marketing to the masses. What a great way to keep track of kick counts. I know when I was prego I had to do this for an hour a few times a day and always fell asleep.

No reason why they or me can't create a private twitter feed and use in a way that benefits them.

Not all social media has to be so "social."