Want to Comment on What People Are Writing About You? Google News Can Help 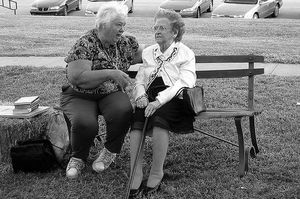 You know when you read a news story about you or your organization and it looks like they REALLY blew it? Maybe you were misquoted or quoted out of context. Or maybe they didn't tell the whole story. To this point, you've had little recourse other than letters to the Editor, which may not be particularly helpful, especially when they appear at a later date on an entirely different page.

Now, at least, you'll be able to do something about Google News stories. Via Lucy Bernholz, Google has recently announced a new experimental feature (only in the US for now) that may give you and your organization a chance to fight back:

We'll be trying out a mechanism for publishing comments from a special subset of readers: those people or organizations who were actual participants in the story in question. Our long-term vision is that any participant will be able to send in their comments, and we'll show them next to the articles about the story. Comments will be published in full, without any edits, but marked as "comments" so readers know it's the individual's perspective, rather than part of a journalist's report.

Should be interesting to see how it goes. Seems like with a combo of Google Alerts and this feature, you might be getting a little more control over your reputation on the Web.

Do you not need to be a dentist to do this though? See
http://www.google.com/support/news/bin/answer.py?answer=74123
!!!